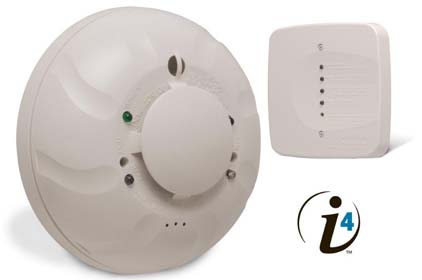 System Sensor introduced its i4 Series Combination CO/Smoke Detector and Integration Module, which it says is the first low-voltage, system-connected combination smoke and carbon monoxide detector on the market. The i4 series features the ability to integrate into conventional security and fire panels and is available in two- and four-wire versions, each of which provide photoelectric smoke and electrochemical CO sensing technologies. The required i4 Integration Module sits next to the panel, easing installation by allowing the system to use 75 percent fewer wires, according to System Sensor. The i4 module is also compatible with System Sensor’s i3 Series smoke detectors with thermal sensors and built-in sounders, allowing the i4 to be used in both new installations and retrofits. Using any combination of i4 and compatible i3 Series detectors, users can integrate up to 12 devices on a loop.