This website requires certain cookies to work and uses other cookies to help you have the best experience. By visiting this website, certain cookies have already been set, which you may delete and block. By closing this message or continuing to use our site, you agree to the use of cookies. Visit our updated privacy and cookie policy to learn more.
Home » After a Successful Spring Trip to Capitol Hill, ESA Gears up for Fall Legislation
Standards, Regulations & LegislationTrends & Industry Issues

After a Successful Spring Trip to Capitol Hill, ESA Gears up for Fall Legislation 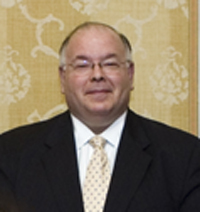 The Electronic Security Association (ESA) hosted a “Day on Capitol Hill” featuring Congressional speakers, briefings, and visits for more than 50 association and industry attendees in Washington D.C., April 28-29. The group visited with 110 congressional offices, meeting with legislators and high-ranking staff members from their home districts to emphasize the industry’s concerns about legislative issues.  While summer’s official end date is September 22, the end of August typically brings with it the anticipation of a new school year, the end of beach holidays, and in Washington, the return of Congress to Capitol Hill. By September, the second session of the 113th Congress, which began in January, will be wrapping up its last few months, which will most certainly be busy ones. This is an important election year — all 435 U.S. House Congressional districts and 34 U.S. Senate seats will be up for grabs in early November.

With so few weeks left for the 113th Congress, in the days and months ahead, ESA is focused on four major areas of legislation:

This particular issue was of note on the final night of April’s last visit when several National Association of State Fire Marshals (NASFM) board members and officials attended ESA’s diamond reception and dinner. During this event, sponsored by Interlogix, ESA’s exclusive diamond executive strategic partner, ESA President John Knox said he welcomes the opportunity to build ESA’s relationship with the state fire marshals.  “Having the state fire marshals in attendance gave our members a chance to get to know some of the most important officials from that industry,” Knox said. “It’s important to have effective communication about the issues that affect not only our associations, but public safety as well.”  In addition, the guest speaker during the dinner was Congressman Bill Pascrell (D-NJ), a founder and co-chair of the Congressional Fire Service Caucus, and earlier in the day, Congressman Chris Collins (R-NY) spoke at the luncheon.

ESA’s Director of Government Relations, John Chwat, reported that the spring visit was highly successful, but said there was more work ahead in the fall months. He told SDM that the next six months will be critical in pursuing several ESA federal issues. Among them, consideration of ESA’s request to the Congress to access the FBI federal background check database for employers in states without licensing.  “There are over 25 states without licensing and permitting them to have the same access as security guards or bank employees is important to prevent felons from traveling state-to-state to avoid detection,” he said. “We need Congress’ help for half the states in the union.”

In addition, ESA is working with the industry to “monitor any legislation that addresses broadband expansion, POTS and telecommunications policies that might hurt ESA members,” he said. “We are an active member of the Alarm Industry Communications Committee (AICC) and are focused on federal and state bills still pending on these issues.”

ESA has a very close working relationship with SIA on several issues, Chwat said, including school security federal grants. “We are advocating that of the millions of dollars provided to local school districts in grant monies, a portion of these should be set aside for security technology acquisition.” ESA discovered that of the $300 million plus funds allocated by Congress to both the Department of Justice and Education over two years, little or none of these funds went to surveillance equipment, electronic security or any devices to make the schools secure for the students, teachers and employees.

“We will be reaching out to education and law enforcement groups and the Congress to insist that a portion of funds be made available to school districts if they so choose,” Chwat added. “ESA and SIA will be working with other industry partners in this project.”

Gearing up for Securing New Ground

Maya Dollarhide is an SDM contributing writer. She holds a master’s degree from Columbia University’s Graduate School of Journalism and worked as a managing editor in BNP Media’s Custom Publishing Division and is a former SDM associate editor.

Hikvision Meets with Legislators for ESA’s Day on Capitol Hill

ESA Members to Meet With Congressional Reps. at Capitol Hill