Six in 10 integrators were able to move ahead in 2012 and counted an increase in systems integration revenue; but one-third slipped back — showing that the security marketplace is not yet where it was pre-recession.
Laura Stepanek
No Comments
A 9 percent decrease in the 2012 revenue for SDM’s Top Systems Integrators is a deceiving number because individual company results did not recede to that extent.
Read More 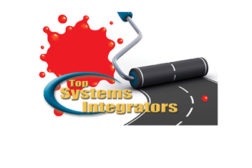 For the second year in a row, systems integration revenue fell by 4 percent. Instead of paving their own straight road, integrators are facing sharp curves in adoption of new technology infrastructure and new service models.
Laura Stepanek
No Comments
Security systems integrators had expected to pull ahead in 2011, but instead they experienced a dismal first half of the year and a better-by-comparison but still “just average” second half. Following a 4.4 percent drop in 2010, systems integration revenue among the industry’s largest security companies fell yet again — by 3.6 percent in 2011 — leaving many wondering what it would take to get back up to speed. Integrators face sharp curves in the need to quickly adopt IP as the primary infrastructure for security systems, as well as to create business models that offer security as a service.
Read More

Do you think your security dealership or systems integration company may qualify to be ranked on the SDM 100 Report or the SDM Top Systems Integrators Report?  Published annually by SDM Magazine, these reports provide an excellent opportunity to market your company to potential customers as one of the industry’s most well-recognized businesses, as well as to attract employees and impress potential investors.

With systems integration revenues down by more than 4 percent, players hardened their stances in the market by retooling offerings to come out on top.
Laura Stepanek
No Comments
The hotter the fire the harder the steel, some say. Tough times often forge resilient businesses with unexpected outcomes — demonstrated by the Top Systems Integrators who turned last year’s challenges into opportunities to retool their offerings. “We are most proud of our ability to getter better every year despite market conditions,” says No. 6 ranked Johnson Controls Inc.
Read More

Laura Stepanek
No Comments
In the security systems integration business, fewer than 20 firms operate globally or nationally. The majority of integrators are regional and local businesses, which depend on construction and spending
Read More

No Comments
MidCo Inc., Burr Ridge, Ill, was founded in 1960 by Edwin F. Janik and Albina Janik as a small intercom and paging company. What started out as a two-man operation
Read More

No Comments
Touched by an improved economy in most regions and some expenditure of Homeland Security funds, seven in 10 firms reported in the 10th annual SDM Top Systems Integrators Report
Read More