10 innovations that can add pizzazz to your interactive services for residential users.

Here are 10 innovations and innovative ideas from security dealers and manufacturers that can help add pizzazz to your interactive services for residential customers. 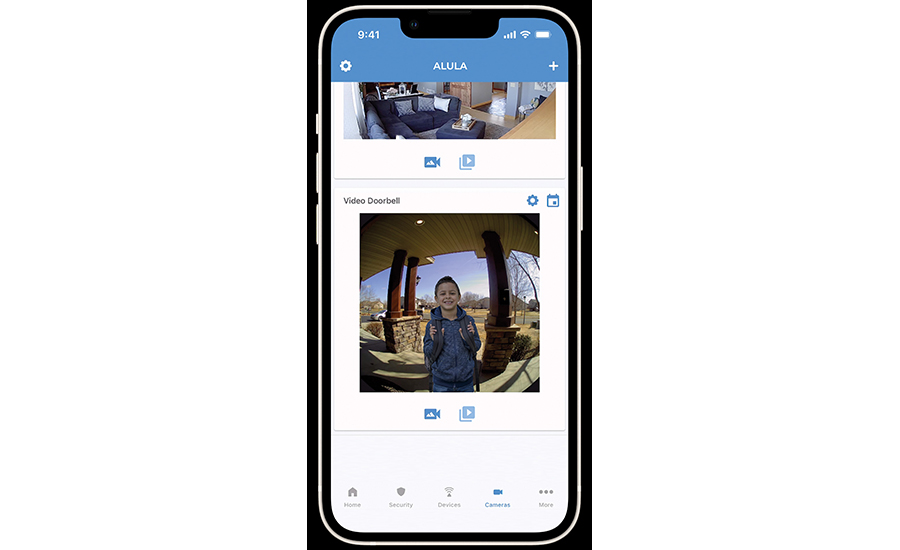 Some vendors, including Alula, give homeowners the ability to use a single app to control their security systems, doorbell cameras, and more devices that previously used separate apps. // IMAGE COURTESY OF ALULA

Calgary, Alberta-based dealer Turnip Smart Home has been selling and installing doorbell cameras for homebuilders that come with lifetime remote live-view capability for free through a deal with Alula. 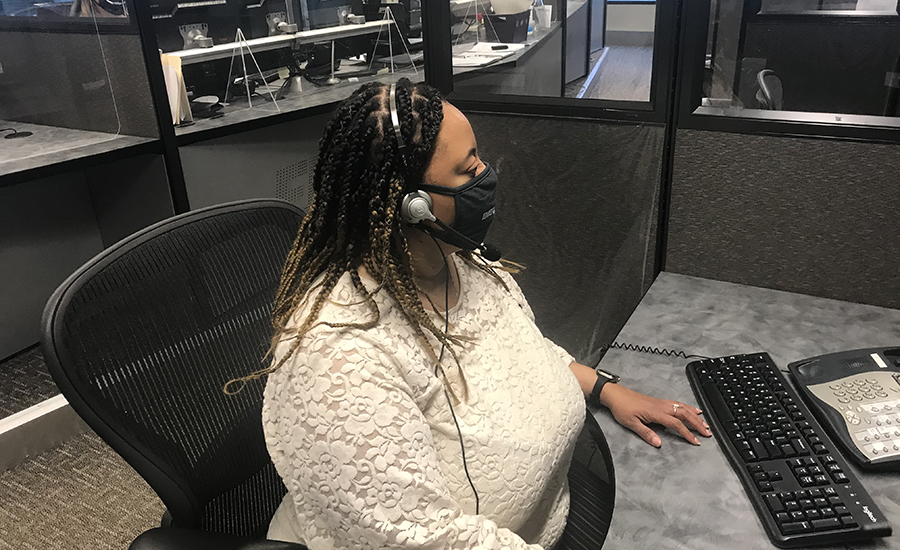 It’s a great way to give customers the ability to view video clips and gain other interactive capabilities, as well as to have Emergency24 dispatch law enforcement, if appropriate, he adds. And it generates recurring monthly revenue (RMR) for the dealer.

The various elements of a security and smart home system need to be able to communicate with each other — and do so in a reliable manner.

Z-Wave Plus is the latest version of the Z-Wave standard widely used in security and smart home systems. As Zions Security and Alarms’ Jacob Menke explains, it’s more reliable, has greater range, and is built into more and more products.

Matter is a new standard designed to simplify communications between smart devices by leveraging the internet protocol (IP). It has the backing of several tech giants, including Amazon, Apple, Google, and Comcast, as well as several dozen smaller companies, including some security equipment manufacturers.

Customers are getting increasingly comfortable with video analytics, notes Kevin Bish, vice president of marketing and customer experience for Guardian Protection, a security dealer headquartered in Pittsburgh. Popular capabilities include the ability to identify whether the entity in a video clip is a person, animal or object. 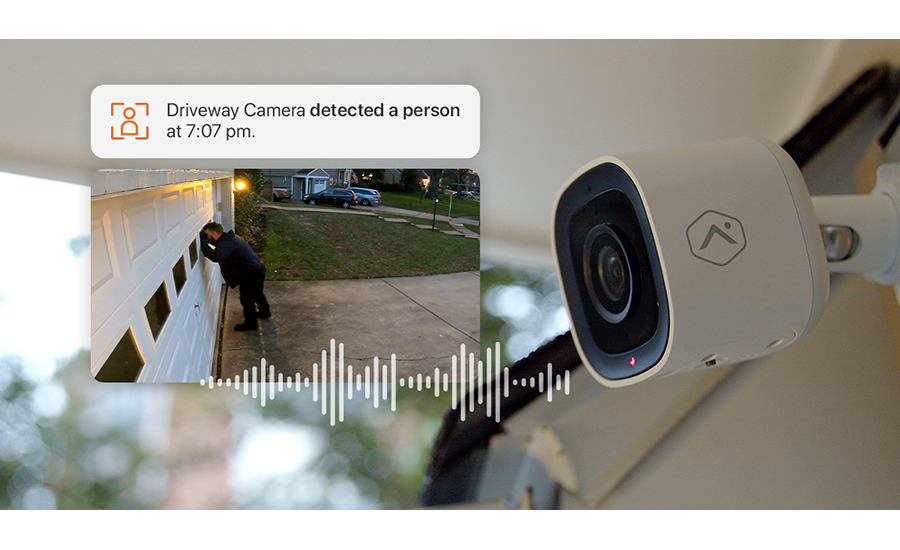 Traditionally, residential security cameras have been useful primarily as evidence after an occurrence of a porch theft or other crime. But American Fork, Utah-based dealer Zions Security and Alarms has been selling a new video camera offering that leverages audio capability and smart analytics delivered via the cloud operated by Alarm.com to help deter would-be thieves and other perpetrators.

As Jacob Menke, Zions Security and Alarms president, explains, the offering, known as Perimeter Guard, can be set up to make a variety of sounds if it detects a possible intruder and can differentiate between a person and an animal or car. The system also can be set up to turn on floodlights.

Not everything that’s hot in interactive services is related to video. For example, as wireless companies shut down their 3G networks, customers whose systems rely on 3G connectivity must upgrade their systems to newer-generation communications. A great way to make that expenditure more palatable is to emphasize the benefits of the interactive capabilities that come with the new system, says Dave Sheffey, senior vice president of sales for Amityville, N.Y.-based manufacturer Napco Security Technologies.

Noting that Napco offers an inexpensive option that can generate several dollars more per month in RMR for the dealer, Sheffey adds, that “It’s an important benefit that no one should do without.”

Some customers have been with Suwanee, Ga.-based dealer EMC Security for 20 years or more and have older security systems that predate the interactive era, making them excellent prospects for upgrades, says EMC Security President Vince Raia. EMC can add a new IP communicator to give people interactive features and promotes that option through radio spots, email blasts, and bill stuffers.

“We talk about technology upgrades and how if you have a system that you haven’t used or doesn’t work with your lifestyle, we can use components from it,” Raia explains. 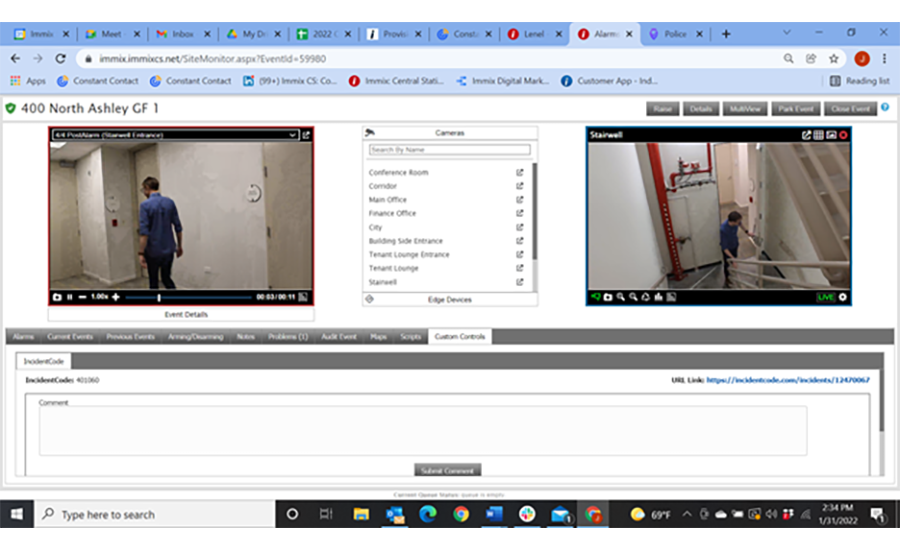 Central stations can now send video from a monitored account’s home to police or a private guard in the event the home becomes a crime scene or merits further investigation, thanks to an integrated offering from Tampa, Fla.-based central station software provider Immix and partners. The ability, which dozens of police departments allow, is made possible through an integration with Incident Co, explains Immix CEO Chris Brown.

The ability to dispatch a private guard is made possible through an integration with RSPNDR. The RSPNDR offering can be thought of as “Uber for guards,” as it enables the nearest guard to respond in a manner similar to how the closest Uber driver can respond to a request for a ride, Brown notes.

The digital world has made it easier to become a landlord via apps such as Vrbo and Airbnb. And interactive video systems can help all those landlords make sure their properties are being properly tended, Brown observes.

He notes, for example, that cameras can be set up to trigger when the maid or pool tender arrives and offer evidence of what they did and how long they stayed. And central station personnel can verify the maids or pool tender’s identify based on the uniforms they are wearing. 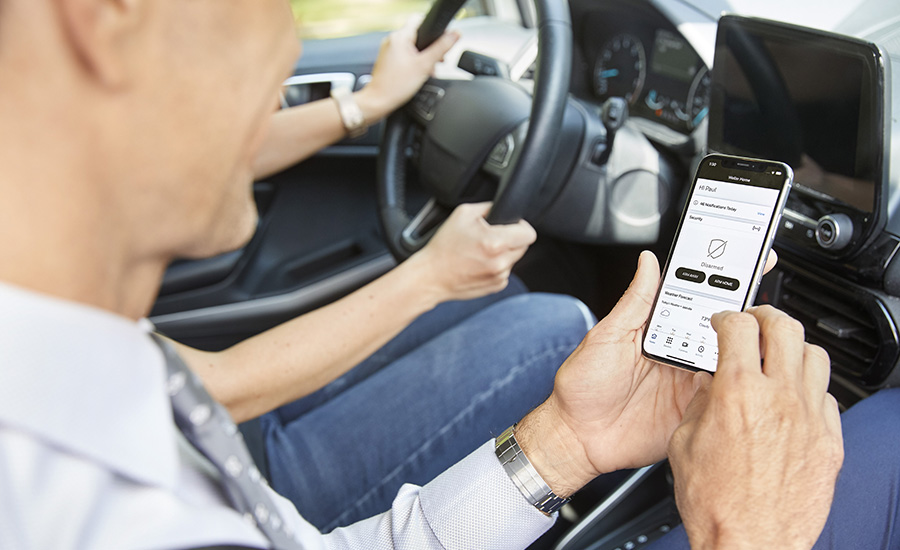 Systems from some companies, including Resideo, have geofencing capability to alert homeowners if they forgot to arm their alarm and to give them the opportunity to then arm it. // IMAGE COURTESY OF RESIDEO


9. Customers Can Set Up Their Own Scenes Now

Traditionally, customers have had to contact their security dealer to set up smart home scenes. But a new offering from Scottsdale, Ariz.-based manufacturer Resideo Technologies is designed to let homeowners set up their own scenes by answering a few questions on an app.

Supply chain delays and shortages are affecting virtually everyone, including suppliers of security and smart home equipment.

But dealers and suppliers are finding creative ways to minimize the impact of delays and shortages.

For example, when Mesa, Ariz.-based dealer Automated Environments was unable to get high-end receivers for audio systems, the company began installing lower-end receivers on a temporary basis. When a higher-end replacement becomes available, the company anticipates selling some of the temporary loaners via an online marketplace such as eBay, explains Michael Kiser, purchaser for Automated Environments.

And while the company never used to install partial systems, it has begun making exceptions, which keeps revenue flowing in while awaiting certain devices.

On the manufacturing side, Atlanta-based Telguard has minimized the impact of component shortages on product launch plans by compressing product development time, senior Daniel Rosales, senior director of technical services for Telguard.

Security dealers have one key advantage in comparison with some other industries when it comes to supply chain shortages, notes Warren Hill, vice president of marketing for St. Paul, Minn.-based manufacturer Alula. As he points out, security panels are largely interchangeable, which means that if one manufacturer is out of stock, dealers can use panels from a different manufacturer.


10. Integrated Apps Are a Great Way to Sell Against DIY

More and more security system manufacturers are integrating the apps that work with their cloud services with apps from smart home device manufacturers, eliminating the need to use separate apps for different devices in a security and smart home system.

And as Gunther notes, that’s a great way to sell against do-it-yourself (DIY) systems that are installed by the homeowner. “If you do it yourself, you’ll end up with 12 apps,” he says.

Maybe a bit of an exaggeration, but you get the point.

Clearly, interactive services are more sophisticated than ever — and innovation in this area continues to provide fresh new features to attract and retain customers.