State of the Alarm & Monitoring Industry Is on Strong Footing, Says Barnes

The Electronic Security Association (ESA) recently hosted a virtual town hall during which Michael Barnes capped the event with a lot of positivity during his alarm industry update.

Barnes, a founding partner of Barnes Associates and the annual Barnes-Buchanan Conference, referred to 2022 as “a good year for the security industry,” following major headwinds the past two years precipitated by the coronavirus pandemic.

That rebound was illustrated in a slide depicting a 20-year view of the industry's revenues, which you can view above. What you see on the right-hand side of the slide is preliminary estimates for 2022 suggest the  total revenues for the industry have increased 6 percent.

Barnes said the 20-year chart illustrates a broader context for the industry, post-pandemic. During the Great Recession, the industry actually saw revenues shrink somewhat similar to the 2020-2021 period.

“But the thing you want to take note of, which is one of the great attributes of this industry, is that even when industry revenues shrank it was because the sales and installation activity had declined — not the recurring revenues,” he explained.

In fact, even at the lower installation revenue levels, like back during the Great Recession or during COVID, there was more than enough activity to replace industry attrition. “And actually industry recurring revenues grew even through the Great Recession and through COVID,” Barnes continued. “That is a very, very powerful dynamic about the industry and why it’s such a great place to be and we’ll see that trend continue into 2023.” 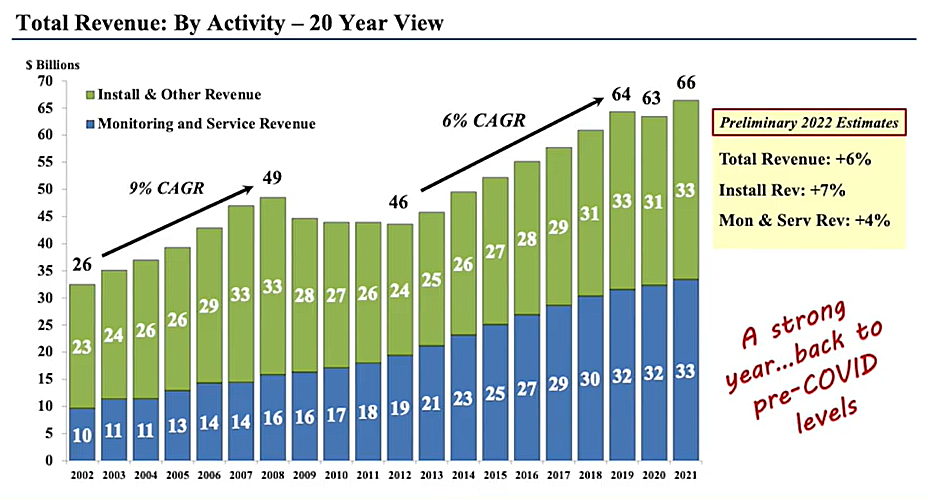 Barnes transitioned to discuss how things are changing in the industry. He said national providers currently maintain about a 42 percent market share, followed by smaller local companies — of which there are thousands across the nation —  that have about a 30 percent  share, followed by the larger regional players weighing in with about 12 percent.

“As we all know, there’s been special segments of the industry like DIY, PERS and other segments that also now are fairly meaningful pieces of the overall pie,” he added.

What the data shows over a 10-year period, as industry participants might expect, is that local and regional players have lost share to national players in these new specialty market segments, which are growing faster than the industry rate.

“Now what that doesn’t mean is that local players aren't still competitive,” Barnes emphasized. “The reality is they are competitive, and very many of them are very, very good.”

The issue for some smaller companies is they are having a difficult time adapting to new technologies and the rate of change. Also, the number of smaller companies and their market share has dwindled slightly in recent years. For example, in 2011 the collective market share between traditional regional and local players was about a 53 percent share. Move forward 10 years and that number has dropped to around 42 percent, Barnes said.

“We're likely to see that trend continue. But when people talk about industry consolidation, we think it’s generally at this rate. It’s not as if we’re going to wake up 10 years from now, in my opinion, and see this to where the national players have more than 60-70 percent  of the market,” he added. “We still think it favors capability and local presence, not necessarily scale.”

The ESA virtual town hall was presented Nov. 8. It is available to view here. 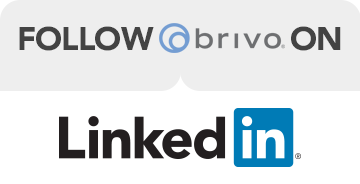