This website requires certain cookies to work and uses other cookies to help you have the best experience. By visiting this website, certain cookies have already been set, which you may delete and block. By closing this message or continuing to use our site, you agree to the use of cookies. Visit our updated privacy and cookie policy to learn more.
Home » SDM 2019 Security Industry Forecast: Channeling Momentum Into Opportunities
ExclusivesSDM TopicsAnnual Industry ForecastIntegration & Network SolutionsProduct Manufacturing/DistributionTrends & Industry Issues

Results of SDM’s 2019 Industry Forecast Study show that security integrators grew their total annual revenue by an average of 15 percent last year; they expect that momentum to bring them face-to-face with prosperous opportunities in 2019, as long as the economy stays strong.

Security integrators expect their stellar 2018 performance to continue into 2019, according to results of SDM’s 2019 Industry Forecast Study, a report published annually by SDM since 1982. Last year saw double-digit growth in both total annual revenue and recurring monthly revenue (RMR) for integrators and dealers who participated in the study. Their total revenue increased by an average of 15 percent, while RMR grew by an average of 21 percent.

Brian Duffy is the chief operating officer for Per Mar Security Services, Davenport, Iowa, which in addition to electronic security also provides background investigation services and manned security services. Founded in 1953 by Brian’s grandparents, John and Eleanor Duffy, Brian and his brother Brad are now the third generation of Duffy family leadership, recently taking over from their father, Michael Duffy. Per Mar Security, a full-service security provider in the Midwest, serves more than 43,000 customers in seven states, and employs more than 2,500 people.  Brian graduated from University of Notre Dame with a bachelor of arts in economics in 2009 and then began his career with Capital One Financial, before working at Per Mar as a general manager in the Cedar Rapids, Iowa, market. 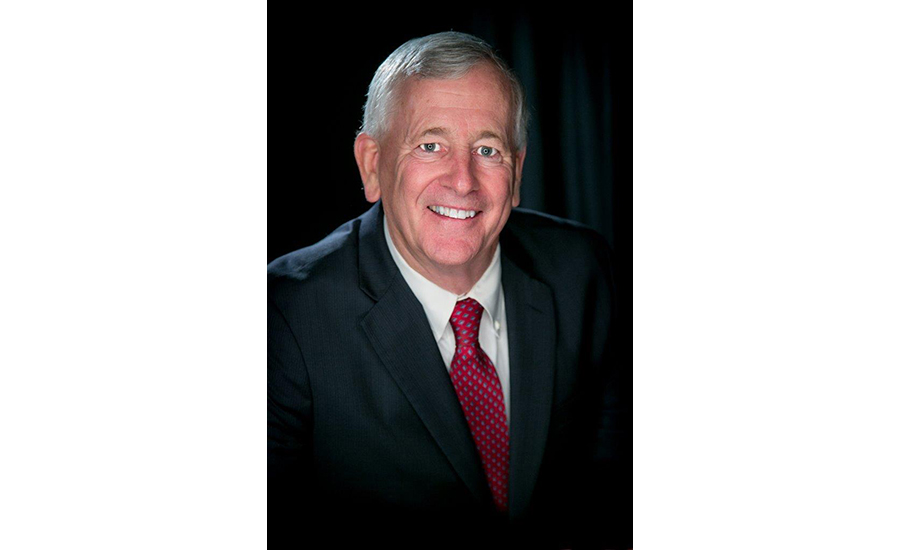 Larry Simmons, CPP, PSP, is the vice president of corporate governance for Tech Systems Inc., Duluth, Ga., and is responsible for all legal and vender negotiations while assisting in the daily management of the company. He joined TSI in May 2008. He has 43 years of experience in the electronic security industry. Previously, Larry was president/owner of Distribution Associates South, Inc., Atlanta, and during that time he Audio Sentinel Monitoring. He also spent time working at Pinkerton Systems Integration and Securitas AB. Larry was a founding member of Security-Net in 1993 and continued to serve as an active member until selling his company. In 2017, he rejoined Security-Net as the representative for Tech Systems Inc. 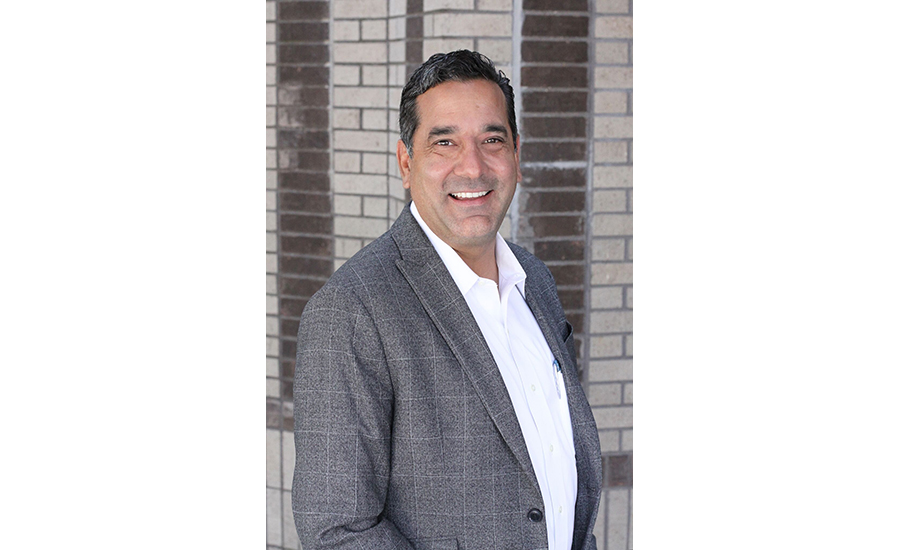 JC Gonzalez is a co-founder and general manager of HomePro. Established in 1998, HomePro began as a traditional security company in Dallas, and has since grown to become a premier provider of home security, entertainment and control systems. HomePro works primarily in new residential construction for production and custom homebuilders in Dallas, Houston, Austin and San Antonio. In 2018 HomePro prewired more than 19,000 homes in the top Texas markets. 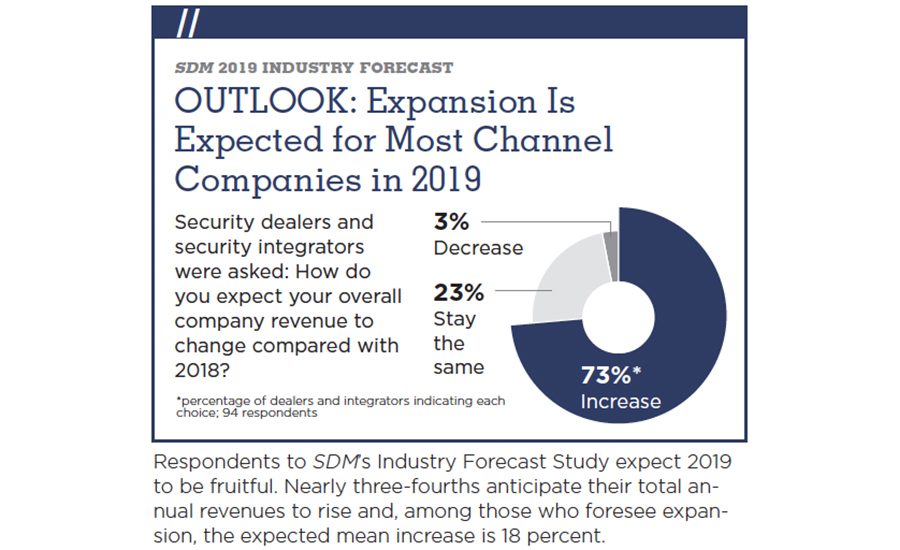 The security industry expects 2019 to be just as rewarding. Nearly three-fourths of integrators anticipate their total annual revenues will continue to grow and — among those who foresee expansion — the expected average increase is 18 percent.

“In 2018, we’ll have increased our total annual revenue by approximately 15 percent,” says JC Gonzalez, co-founder and general manager of Dallas-based HomePro, a company that specializes in home technologies for new residential construction in Texas. “And in 2019, we’re looking to grow by about 20 percent,” he emphasizes. Duffy: This year, we’ll do right around $120 million in revenue. We will grow approximately 7 percent this year over last year; and for next year we’re budgeting top line growth of 8 percent. I would say that’s about average. What we have found is that there is a lot of opportunity in the project space — access control and video surveillance. We have found quite a bit of opportunity there to grow. We’re a very service and recurring revenue-focused company, but I think we’ve found it a little bit easier in our markets to grow on the installation side.

Simmons: For 2018, it’s been a phenomenal year. In our industry traditionally, the fourth quarter is always the strongest quarter of the year. We’ve kind of been kidding ourselves this year by saying, “The fourth quarter never ended last year.” It’s been that way the whole year. We’ll finish with over 20 percent growth.

If we look ahead to 2019, we will try to roll back a little bit, but still, we anticipate it’ll be somewhere between 10 percent and 15 percent growth. The reason for that is twofold. One, we get a lot of referrals from existing customers. We have grown with our customers. That’s really how Tech Systems got started and we’re still doing that today. We expand with our customers. We also work closely with our manufacturers and get a lot of work with them on joint projects.

We also have expanded into Canada now, and that business is beginning to pick up. They’re ahead of their marks for a first full year.

Gonzalez: In 2018, we’ll have increased our total annual revenue by approximately 15 percent. And in 2019, we’re looking to grow by about 20 percent. Now, the reason we grew in 2018 is quite simply that we are a builder-related services company. We increased our presence and the amount of prewires that we’ve done from about 16,500 to about 19,000 homes in 2018. We’ve just seen more customers and we’ve expanded our offerings to those customers that we have seen.

We continue to expand our market penetration, but also we have brought in some new individuals to help us grow our RMR side.

“For 2018, it’s been a phenomenal year. We’ll finish with over 20 percent growth,” says Larry Simmons, vice president of corporate governance for Tech Systems Inc., an innovative security integrator based in Duluth, Ga. “If we look ahead to 2019 … we anticipate it’ll be somewhere between 10 percent and 15 percent growth,” Simmons forecasts.

“This year, we’ll do right around $120 million in revenue. We will grow approximately 7 percent this year over last year; and for next year we’re budgeting top line growth of 8 percent,” says Brian Duffy, chief operating officer for Per Mar Security Services, Davenport, Iowa, featured on this month’s front cover. Per Mar is a traditional security dealer with a central station, which serves a wide range of customer markets, but also has a manned security division and a background investigation division. (To read more about the experiences of each of these security professionals, see the sidebars throughout this story and online, “The Panel Speaks.” SDM: What is the one factor you feel will most significantly affect sales of security systems by your company next year?

Duffy: I think factors within our control will be more important than factors outside of our control.

For us to grow next year and increase our speed of growth, the biggest factor is our ability to provide sales representatives in front of our customers that are truly being consultative — working hand-in-hand to develop a security program that we can be a part of, but oftentimes recommending things that we don’t even sell in order to provide value to our customers.

That’s what we’re working towards, especially given that we’re a full-service provider with the whole suite [of services].

Simmons: I’d say that’s the number one is economic conditions, because that dovetails right into capital spending by business. We’ve experienced several years of a great economy. The corporations we deal with have increased their capital spending, they’ve released money that they’d been holding to do projects — and that’s really helped fuel the growth of the last several years.

If our economy were to tank, I am concerned that people would be cautious again, and maybe not spend money that’s already budgeted for in 2019. That one, we have no control over, so that’s my biggest worry.

So while we’re optimistic, we continue to keep a close eye on the housing trends and what’s being built, especially here in Texas. So that’s probably our biggest driver is the number of new starts and houses that are being built in Dallas, Houston and Austin.

We work with about 53 different builders in those three markets. Some local, some national, some regional. We offer anything that we consider to be a home technology, from security, to home theater, to home automation, to distributed audio. We even touch on central vacuum systems. 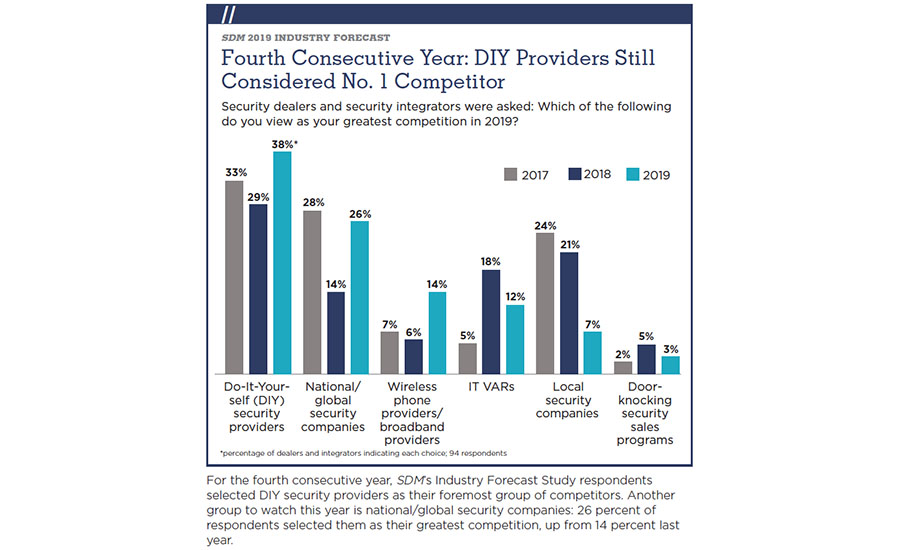 Expectations may be tempered by reality, however. The economy and capital spending by business are the top two factors security dealers and security integrators think will have the greatest impact on sales of security systems by their companies in 2019, according to SDM’s study, and some economic forecasts expect growth to slow slightly this year. Gross domestic product (GDP), which measures the value of goods and services produced, is a reliable measure of economic performance. According to a GDP economic forecast by Kiplinger, we can “expect 2019 growth to slow to 2.7 percent from 2.9 percent. Although Americans will keep spending at a healthy clip because of higher wages and low unemployment, the tight labor market will make it difficult for businesses to expand.” The Role of Analytics in COVID-19

SDM 100 Brand Report: The Most Popular Brands Among the SDM 100 Companies

SDM 2016 Industry Forecast: Is the Security Space Too Congested?