The venue for the 14th annual Axis Connect & Converge Conference (ACCC) was symbolic of the theme conveyed by host Axis Communications throughout the two full days of the meeting. Held outside of Austin, Texas, at the vast 400-acre Hyatt Regency Lost Pines Resort and Spa along the banks of the Colorado River, the concept of openness was not hard to visualize, both literally and figuratively.

“When you think about disruption and innovation, you think about technology. I think the biggest disruptors can be summarized in two words. The first word is open. At Axis we have a DNA which is always open. In this context, let’s talk about partnerships. We’re open to working together for greater common vision. We’re also open about what we are going to do in the future. We share information, like roadmaps,” said Axis Communications founder Martin Gren, who also serves as director of new projects, during the conference keynote on Oct. 22.

As examples of that openness, Gren cited the company’s very first VAPIX (Video API by Axis) in 2001. “We are on the third iteration of the interface, and it’s both backward- and forward-compatible with all our cameras. Today we have close to 4,000 partners globally who have developed various applications for Axis products,” he said. Other examples cited were Axis’ part in founding ONVIF, and the Axis Camera Application Platform launched in 2009.

“The other word is partnerships. You have to build a well-functioning ecosystem of partners that take this challenge on together,” said Fredrik Nilsson, vice president of the Americas at Axis. “You need to have partners that share the same common goals, have a long-term vision and also have trust between the partners to keep on building something for the future together.”

The ACCC, which took place Oct. 21-24, was designed to expose security integrators to the technologies and resources available to them from Axis and its partners. In addition to Gren and Nilsson’s keynote, there was a panel on emerging technology that addressed subjects such as GDPR, Wi-Fi Certified 6, cyber security, and the Internet of Things. There also were “market highlights” featuring security technology in actual applications, described by speakers from Kansas City Police Dept., Atlanta Police Foundation, and Capital Metro (Austin, Texas). 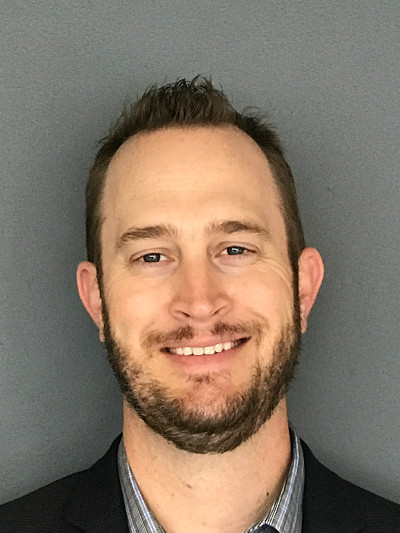 I value the partnership with Axis. I also enjoy seeing the technology that is being released or that will be released in the future,” said Josh Cummings, CISSP, director engineering services, VTI Security, Arvada, Colo. “I always enjoy the keynote speech, as we get to hear where Axis and the industry are going in the upcoming year(s). Also, hearing about the great work taking place in Kansas City and Atlanta was inspiring,” he said.

Cummings said his objectives in attending the conference, which he has been doing for about eight years, were to gain understanding of Axis’ initiatives around cyber security and new product development. “I had the opportunity to interact with a much larger group within Axis. I was able to take breakout sessions on cyber, audio, business culture and smart cities. I also gained insight into how end users are using the technology in their environments,” he said.

During breaks and wrapped around meals, security integrators networked and browsed corridors filled with tabletop working-technology displays of nearly 30 vendors from among Axis’ many partners. These included sister companies Milestone, Arcules and BriefCam (Canon is the parent company), as well as many others including Agent Vi, Eaton, Genetec, Jemez Technology, Platesmart, Salient Systems, Sound Intelligence, and industry associations ESA and SIA.

Highlights for security integrators were the numerous breakout sessions or “workshops” held each afternoon of the conference, including: 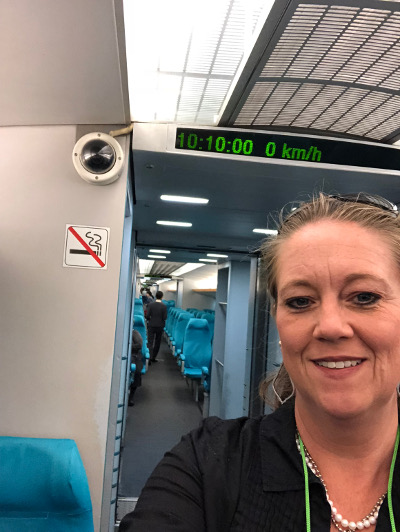 The breakout sessions were definitely the highlight. Getting to attend sessions with question-and-answer discussions was invaluable,” said Whitney Oldfather, business development manager at Advanced Connections Inc., Carrollton, Texas. “The intelligent network audio solutions session was probably my favorite. It’s the one that I learned the most from regarding audio capabilities and Axis’ audio solutions.”

A first-time conference attendee, Oldfather said she chose to be there in small part for the networking, “but mainly to attend the break-out sessions and learn what is going on in the industry as well as how Axis is addressing the changes and challenges of the surveillance industry.”

Martin Jensen, global product manager, Axis, and Steve Burdet, team lead, solutions management, Axis, presented a roadmap of technology and products coming down the pike. While Axis requested that information disclosed during this session be held for later release, there was one big development the company shared: its new ARTPEC-7 chipset. “This new chipset is extremely powerful and will bring edge computing to the next level,” Burdet described. It also has specific features in the areas of security, analytics, compression, and [more].”

A Mission 500 activity held on both full days of the conference had attendees filling backpacks with school supplies for residents of The Refuge for DMST. The Refuge is a ranch that serves as a long-term, residential, therapeutic community for girls under the age of 19 who have been rescued out of sex trafficking. ACCC attendees packed more than 600 bags of academic study supplies for the organization.

The conference ended in with an elegant cocktail reception and banquet dinner, where Axis team members presented nearly 20 awards:

“The highlight for me was having the honor of receiving the Enterprise Systems Partner of the Year award on behalf of VTI Security at the Partner Award Ceremony,” Cummings acknowledged.

“You are all part of the greater Axis family. We see you as an extended part of Axis, and we truly appreciate and thank you for the open partnership that you have built with us, for the trust that you have given us that we try to deserve every single day,” Nilsson said.

To hear more about the conference and the future plans of Axis Communications, watch the below: