This year’s award recipients include one monitoring center and three industry professionals that truly demonstrate the value of professional monitoring.

Support Person of the Year

Ben Perry’s positivity and infectious smile, coupled with his systems and technology knowledge, make him a well-respected colleague and mentor to many. 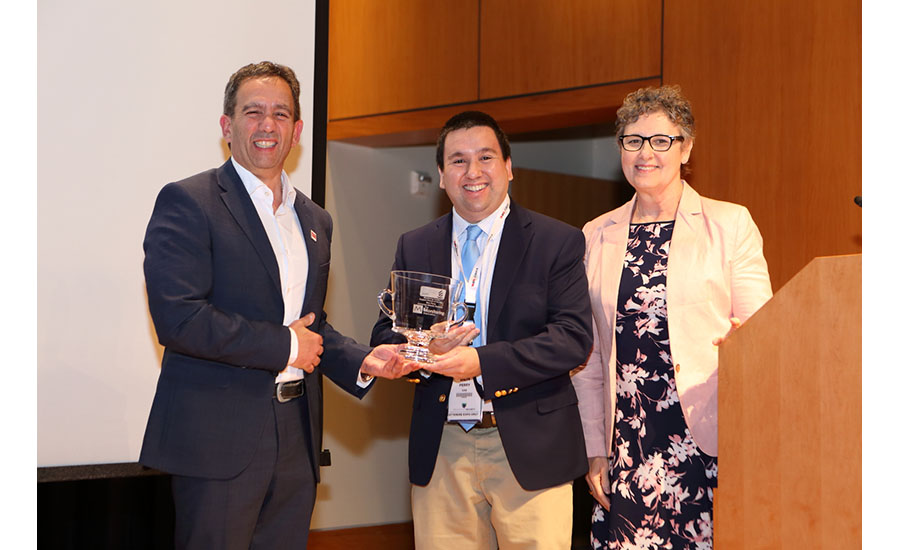 Support Person of the Year

After acting as a Cavalry Scout and being the point person to track and report on enemy activity during his deployment in Iraq for an extended tour of six years ending in 2012, Ben Perry came to Universal Atlantic Systems (UAS) in July 2016 as a third-shift dispatcher.

According to Bill Fisher, central station manager, Perry quickly learned the dispatcher role and decided to take on a new challenge by transferring to the data entry team. Perry was promoted to senior data entry specialist after just one year in that department and in July 2018, was promoted to his current position of data entry team lead. Fisher says that Perry’s team-first attitude, reliability, willingness to help, and ability to learn and grow with the organization are some of this 2019 TMA Monitoring Center Support Person of the Year’s biggest assets.

“Early on we saw the benefits of having Ben in the department at UAS,” says Rich Rhodes, director of technical services.

“Ben’s attitude is infectious. He always has a smile on his face and makes everyone feel welcome and appreciated while ensuring work gets done,” Fisher adds.

Learn About the Finalists

Adam Crowe, senior technician/monitoring station technician, has spent almost two decades at Ontario-Canada-based Alarm Systems and has experience with all types of residential and commercial installations. In addition to leading large installations, Crowe is responsible for the company’s receivers and server communications. In 2017, Alarm Systems moved its monitoring station into a new facility. Crowe ensured that everyone on the move team did all the pre-work beforehand, as well as during and after in order to transition smoothly. According to Alarm Systems, Crowe’s dedication played a large role in helping the company move without an issue.

Robert Rodriguez’s career in the security industry began in 2005 as a monitoring specialist with Red Hawk Security. He was promoted to team lead in 2009, supervisor in 2013, assistant manager in 2014, and manager of partner services and video monitoring in 2016, when Affiliated Monitoring took over the central station. During and after the Houston monitoring facility acquisition, Rodriguez proved to be a valuable asset with a wealth of knowledge and experience about both individual accounts as well as monitoring-center-wide systems and procedures. He also worked to allay any concerns his colleagues had and helped the company better understand the needs and anxieties of the new staff.

In fact, Rhodes says, Perry’s smile is so infectious that management took a picture of Perry smiling and decided to give it out as a reward for operators to hang at their workstation when they’ve done something outstanding. “It’s a sign of prestige,” he says.

In his role, Perry handles escalated issues — something his previous experience helped prepare him for. He is also the subject-matter expert for the company’s remote access control systems and the person that handles new hire and continued training on DSX systems, including how to work the systems and remote programming.

“We’ve got a great team and everyone likes to help each other. I like being a part of that team and knowing I contribute to the overall goal of our company in helping our customers make sure their systems are working and providing the smiling face that our customers can trust and count on,” Perry tells SDM.

But Perry’s support doesn’t end at his department. As a team lead, Perry handles his data entry responsibilities at a high level, while continually supporting management and staff by taking on additional projects, roles and responsibilities. Perry will assist employees by making himself available to answer questions and resolve issues that may arise, and he contributes to the morale-boosting of operators, Fisher relates.

“As an organization it is difficult to hire for task and much harder to hire for attitude,” says Scott Elkins, president of UAS. “When it came to Ben, he is incredible with task but even more so for attitude. He makes people feel better about their jobs and extends that to our customers. That can’t be overlooked.”

State of the Market: Fire Alarms 2020